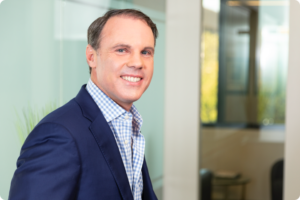 Brian is president and founder of Confirmation, the trusted global provider of digital confirmations, as well as an industry thought-leader and frequent speaker on accounting and fraud issues. Brian is recognized as the creator of electronic confirmations, and he received the first seven patents granted on electronic audit confirmations. Brian is a former Adjunct Professor at Vanderbilt University.  He is also one of the founders and a board member of Rivio.com, a joint-venture between the AICPA and Confirmation.

Brian has been named four times as one of the “Top 100 Most Influential People in Accounting,” is a five-time winner of the accounting profession’s “Top 40 Under 40 CPA in America,” and was named as an Entrepreneur of the Year in Nashville. He was also recognized as one of Nashville’s “40 Under 40” and as one of Nashville’s Emerging Leaders in its inaugural class. Prior to Confirmation, Brian was in Dallas where he worked in audit for Ernst & Young LLP and in mergers and acquisitions for PriceWaterhouseCoopers.

Brian has authored articles and been quoted in the Financial Times, Forbes, Wall Street Journal, Fortune, New York Times, Compliance Week, CNBC, The CPA Journal, The CPA Technology Advisor, AP Matters, The Auditor’s Report, and many more. In addition to being on the board and advisory board of several private companies, Brian is also on the advisory board for Southern Methodist University’s Masters in Accountancy Program and the Alumni Council for Vanderbilt’s Owen School of Business. He serves as a mentor in the Inc. 500 Military Entrepreneurs Mentor Program, the Jumpstart Foundry, and the Nashville Entrepreneurship Center and is on the advisory board for the Nashville Capital Network. Brian is a member of the AICPA, where he was a member of the Task Force for the Future, and is a member of The Tennessee Society of CPA’s.

Brian completed his MBA at Vanderbilt University’s Owen Graduate School of Management and received a BBA in Accounting from Southern Methodist University’s Cox School of Business.